Today was a hard day for the people of Pakistan. From one affliction after the other, we suffered. In general too, these are troubled times for the entire Muslim nation. One wound after the other, I saw people losing hope. I heard comments and read posts about how all is lost. Everyone is in despair. No one feels they can take it any more. And rightly so, the pain is great. The wounds are physical, emotional, spiritual and mental.

We keep repeating on our social media what we are going through and how bad the situation is, ending with a hashtag of #NoHate, though in reality our posts are doing nothing else but generate hate. But then what else can we do? We feel helpless!

My dear brothers and sisters in Islam, sad as you are, let me remind you of another hard day that someone very beloved to us went through. Someone who all of us claim to love, one way or the other. What was his reaction?

Narrated `Aisha:
That she asked the Prophet (ﷺ) , ‘Have you encountered a day harder than the day of the battle) of Uhud?” The Prophet (ﷺ) replied, “Your tribes have troubled me a lot, and the worse trouble was the trouble on the day of ‘Aqaba when I presented myself to Ibn `Abd-Yalail bin `Abd-Kulal and he did not respond to my demand. So I departed, overwhelmed with excessive sorrow, and proceeded on, and could not relax till I found myself at Qarnath-Tha-alib where I lifted my head towards the sky to see a cloud shading me unexpectedly. I looked up and saw Gabriel in it. He called me saying, ‘Allah has heard your people’s saying to you, and what they have replied back to you, Allah has sent the Angel of the Mountains to you so that you may order him to do whatever you wish to these people.’ The Angel of the Mountains called and greeted me, and then said, “O Muhammad! Order what you wish. If you like, I will let Al-Akh-Shabain (i.e. two mountains) fall on them.” The Prophet (ﷺ) said, “No but I hope that Allah will let them beget children who will worship Allah Alone, and will worship None besides Him.” [Sahih Bukhari, 3231]

This was a time when Prophet Muhammad ﷺ disappointed from the hatred of the people of Makkah and their constant refusal to accept the truth travelled to Taif, hopeful that they’d welcome the beautiful message of Islam. However, instead of accepting it, they started mocking the person who today we hold in so much respect. They made their people line up in two rows on the side of the road and when Prophet Muhammad ﷺ passed from there, they pelted him with rocks and threw stones at him. So much so that his body bled and the blood filled up his shoes. Just stop for a moment and picture this. Shoes filled with blood?! How much wounded do you have to be to be in this state. Imagine a lone person hurling a single rock at you, how would you feel? A whole group of people throwing stones at my Prophet ﷺ? The mere thought fills us with rage and tears. We want to go and beat up those people all over again.

In this state, Prophet Muhammad ﷺ staggered out of that town, how weak he must have felt. And at that time, Jibreel came with the Angel of the Mountains awaiting just a command. I see you already wishing it was you so you could tell the Angel to crush those people between two mountains. But look at the reply of my beloved Prophet Muhammad ﷺ. He said, “no, but I hope that Allah will let them beget children who will worship Allah Alone, and will worship None besides Him.”

Hope! At a time like this! This is the character of the one who I’m supposed to follow, step by step. This is what is expected of me being a caller towards Allah, being a Muslim, being a member of the best of nations. I can’t afford to lose hope.

I’m a leader, I have to pull up the people around me, I have to be the shoulder they can lean on, I have to give them light so they can see the way. And what is the way except the way that leads to Allah?

If that day, my Prophet Muhammad ﷺ had lost hope and had those people crushed between mountains, how would the legendary hero, Muhammad bin Qasim have been born from the progeny of the people of Taif? Muhammad bin Qasim, the first Muslim leader to have stepped on the land of Sindh and thus bringing Islam to this region. Who knows that I owe my Islam to him today?

Instead of ranting about the problems and the pain, I need to talk about the solution. I need to instil in those hearts softened by the affliction that it’s time we turn back to Allah, it’s time we fixed ourselves. Allah says, “And whatever strikes you of disaster – it is for what your hands have earned; but He pardons much.” (42:30)

I will fix myself. I will perform ablution a little extra carefully today, I will spend a few minutes more at the prayer mat, I will seek forgiveness for my sins more than usual, I will tell people to worship Allah, to do good deeds, to stay away from immoral acts with more fervour today. Because I know this is the solution! I know this will bring change!

I believe! Allah says, “Indeed, no one despairs of relief from Allah except the disbelieving people.” (12:87)

I believe that my hope will bring forth many Muhammad bin Qasims inshaAllah. :) 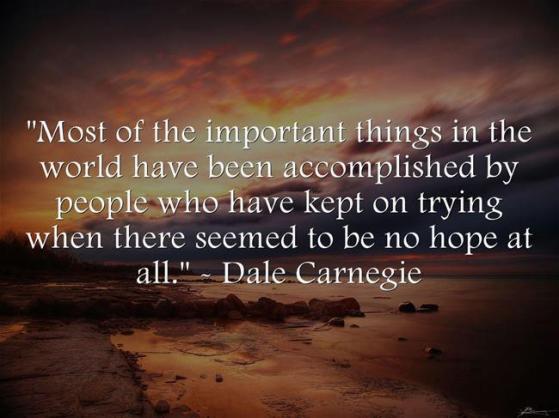 We were registering people for an event of the Winds of Change tour by Youth Club. After the registration had closed, we kept on receiving requests for any remaining spots. We had to refuse everyone. Then there were some changes in the arrangement and we could register a few more people. We opened the registration forms and in five minutes we were full again. Something happened and I re-opened them, and a form came in. Then they were closed for good.

I felt sad, I wanted everyone to attend it but they just couldn’t register in time.

This is just a simple event. No guarantee that that those who’ll come will be the chosen ones and those who won’t will be rejected. (Don’t compare it with the thought below)

BUT that day came to my mind. That great Big Day; when only those will be allowed to enter Jannah who had registered for it well in time i.e. before their death. And those who missed their chance….however much they’d request, the chance would have gone. Oh the grief! Nothing could be done then. Allah (SWT) wanted all His creation to enter Jannah but they just didn’t do the good deeds, they did not register. How could He let them enter?

Doesn’t it bring a shiver and feeling of the deepest remorse? It’ll all be over? And no chance? Lost forever! Imagine the regret! It’s called Yaum-ul-Hasrah for that very reason. If only, only we could have done some more….

When that single form came in at the end, I thought to myself, I clicked on the re-open button for him but I didn’t know. It was his good fate. And then I thought of those who’ll be allowed to enter Jannah after the accounts of everyone would have been cleared. They’ll be forgiven for something or the other that was worth it and Allah will let them go at the end; which implies that never ever should we ever leave any good deed, however small it may be, thinking this is so small or what’s the use. Maybe it’s that one small good deed on which we’ll be allowed to enter at the very end.

Think about those people who’re striving hard for Jannah, who don’t let go of any good deed that comes their way. Are we wasting our time? Will this be a source of regret for us at the end? :( 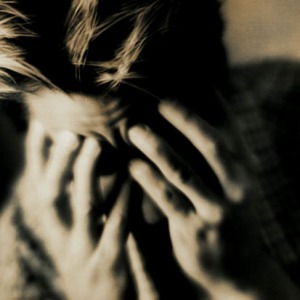 The Real Deal @ Winds of Change!

With the event ‘Winds of Change’ by Youth Club aspirations, inspirations and emotions in general were running high. I, too, was feeling the same. :p

Everyone wanted to do, or rather start, something.
All the time, things said by brothers Adnan & Hamza were floating in my mind. So, I was sitting just like that thinking about something remotely different and it hit me.

This picture popped in my mind and I said to myself, “But this is awesome, they gave the plan of action themselves”. 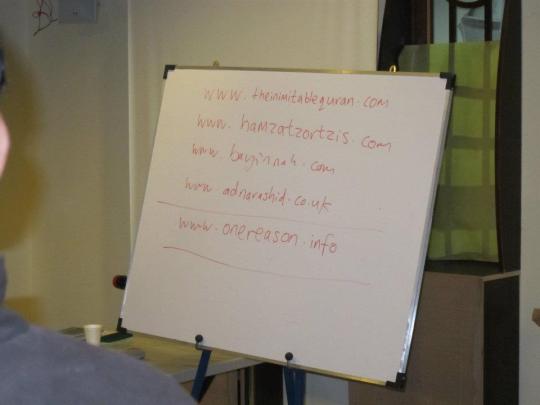 (*Note: Its Bayyinah, not Bayinnah.)

So the first thing is that hearts be softened. We get to realize, at the very first step, that Allah DOES exist. We belong to Him, have to return to Him and have to spend our lives according to His likes and dislikes. This recognition was reinforced in us by these iERA people (by the will of Allah s.w.t), alhamdulillah.

And so the earth was ready now for the seed to be sown.

Then comes the next step. In order to live our life according to Allah s.w.t’s likes and dislikes, we need to know what His likes and dislikes are. For that we need the Quran because it is the Word of Allah i.e. Allah’s speech, He speaks to us directly in it.
Naturally we need to understand this Great Book through and through.

So here you are. Notice the 3rd website mentioned by brother Hamza  on the white board in the picture?
On this website you’ll get the detailed explanation of the Quran with the contextual background and all inshaAllah.

Let’s start today. Download it, trim it into 10 minutes chunks and load it into your mobile. This way you can listen to it while commuting or waiting.

Check out websites for explanation of Quran at the end of this post.

By the way, this plan is something individual and very personal. After we’re done with the explanation of the Quran we can go to the rest of the websites mentioned in the picture and build up reasoning, relate it with our Quran notes and be ready for any sort of serious discussions and debates etc. :p

As for doing something collectively, I’m sure Youth Club’s cooking up something for you. ;)
Join them: http://www.facebook.com/youthclub.pk

Here are the websites for Quran’s explanation:
On the white-board in the picture: http://bayyinah.com/
Another one recommended by me: http://wp.farhathashmi.com/

P.S. Remember that you won’t really understand the Quran unless you are taught by a teacher i.e. by listening (be it an online teacher). Its just like you’d never understand your physics or chemistry book unless you have a teacher for that.